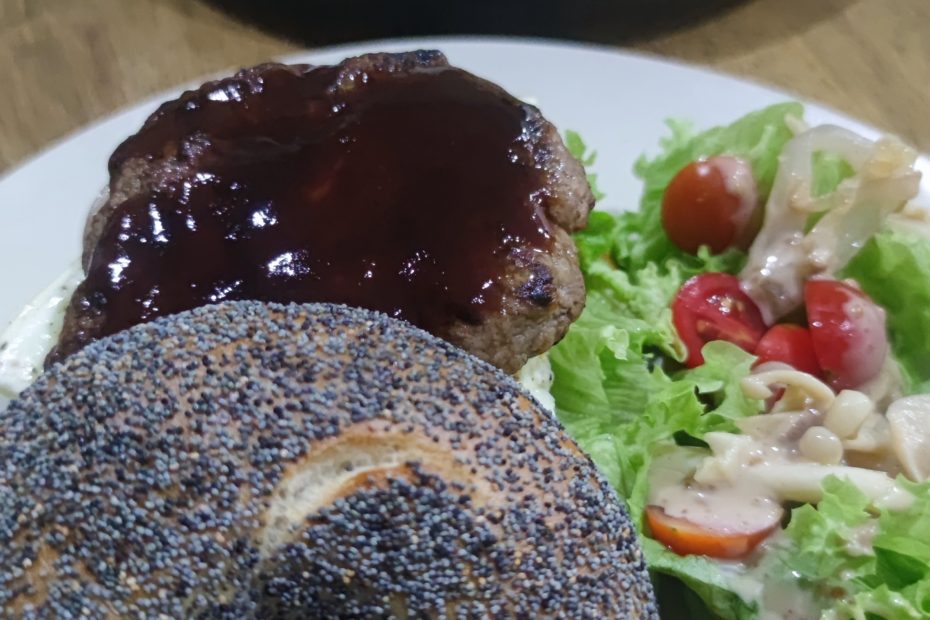 Where to get the best bagel in town?  It’s PanKobo Bakery.

PanKobo Bakery have currently two flavors which is Plain Bagel and Sesame Bagel. 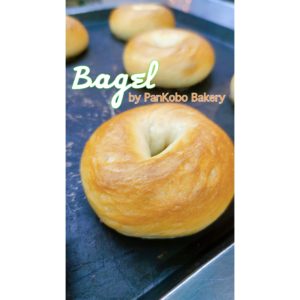 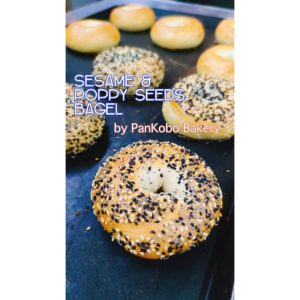 We are planning to add new flavors soon such as Onion Bagel, Garlic Bagel and so on.

Recently we had big order from Korean distributer and combine with our walked in customers, it became mountain of our bagels.

Please have a look about Bagel recipe idea: 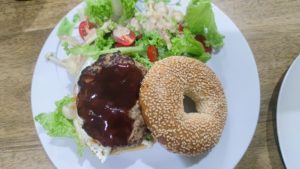 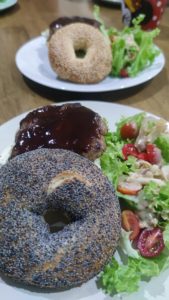 A bagel (Yiddish: בײגל‎ beygl; Polish: bajgiel), also historically spelled beigel,[1] is a bread product originating in the Jewish communities of Poland. It is traditionally shaped by hand into the form of a ring from yeasted wheat dough, roughly hand-sized, that is first boiled for a short time in water and then baked. The result is a dense, chewy, doughy interior with a browned and sometimes crisp exterior. Bagels are often topped with seeds baked on the outer crust, with the traditional ones being poppy and sesame seeds. Some may have salt sprinkled on their surface, and there are different dough types, such as whole-grain and rye.[2][3]

The earliest known mention of a boiled-then-baked ring-shaped bread can be found in a 13th-century Arabic cookbook, where they are referred to as ka’ak.[4] Today, bagels are widely associated with Ashkenazi Jews from the 17th century; it was first mentioned in 1610 in Jewish community ordinances in Kraków, Poland.[5] However, bagel-like bread known as obwarzanek was common earlier in Poland as seen in royal family accounts from 1394.[6]

Bagels are now a popular bread product in North America and Poland, especially in cities with a large Jewish population, many with alternative ways of making them. Like other bakery products, bagels are available (fresh or frozen, often in many flavors) in most supermarkets.

The basic roll-with-a-hole design is hundreds of years old and has other practical advantages besides providing more even cooking and baking of the dough: The hole could be used to thread string or dowels through groups of bagels, allowing easier handling and transportation and more appealing seller displays.

Have a great bagel ahead!!